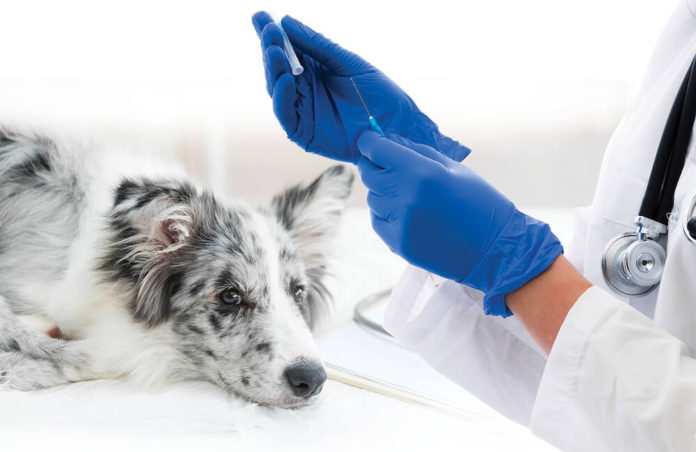 There’s plenty of talk about making sure you get your flu shot during flu season, but did you know that your canine companions are also susceptible to the flu?

According to the American Kennel Club at akc.org, dog flu, or canine influenza virus, is an infectious respiratory disease caused by an influenza A virus, similar to the viral strains that cause influenza in people. There are two known strains – H3N8, which originated in horses and spread to dogs around 2004, and H3N2, which originated in Asia, where scientists believe it jumped from birds to dogs.

Like human forms of influenza, dog flu is airborne. Respiratory secretions escape into the environment in the form of coughing, barking, and sneezing, where they are then inhaled by a new canine host. The dog flu also spreads through contaminated objects and environments, like water bowls, collars, and kennel surfaces, or through contact with people who have had direct contact with an infected dog.

Dog flu is often spread anywhere dogs are close to other dogs, including boarding facilities, groomers and dog parks, where the disease can easily be transmitted from dog to dog. Almost all dogs that come into contact with the disease will contract it, but not all dogs that become infected show symptoms of the virus.

Symptoms are similar to human flu – sneezing, coughing, a fever, and the dog may act depressed or not like itself. Symptoms can vary from mild to severe.

“They just feel terrible, just like we do,” said Dr. Linda Cadotte, of the Imlay City Veterinary Clinic.

Unlike the human flu, dog flu isn’t contained to one season.

“We have certain outbreaks,” said Cadotte. “There was one outbreak a few months ago, when people were traveling and boarding a lot around Christmas.”

The best thing pet owners can do, Cadotte said, is get their dog vaccinated against dog flu annually.

“There is a very good vaccine that covers both the strains,” she said.

It’s best to make sure a dog is fully vaccinated at least a month before they are expected to be exposed to other animals, and some kennels will deny access to dogs who aren’t fully covered during an outbreak. The vaccine is given in two doses spaced two to four weeks apart.

If your pet is acting ill, Cadotte said, it’s best to get them to a vet right away. They are contagious before symptoms appear, but quick treatment can keep the illness from getting too severe – like causing pneumonia.

Canine influenza is known to spread between species and Cadotte said there are cases in which cats have contracted it. It can’t, she said, be spread to people. At other times throughout the year, they will auction off items on their Facebook page, hold rummage sales, ask for donations during their Four Corners fundraiser, and even have pop-up fundraisers if they take in an animal with severe medical needs.

“We try to be very specific about what the fundraiser is for,” Edwards said.

Find out more at www.facebook.com/parpets.

It goes without saying that people are passionate about animals, and they’re willing to put their money where their heart is. And these local organizations and their dedicated teams of staff and volunteers do their best on a daily basis to make sure that generosity is directed where it’s needed most. 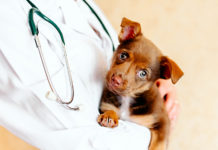 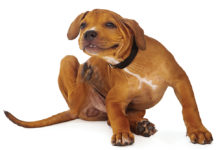 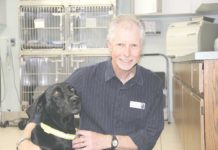 Tips to keep your pets healthy and safe during the holidays