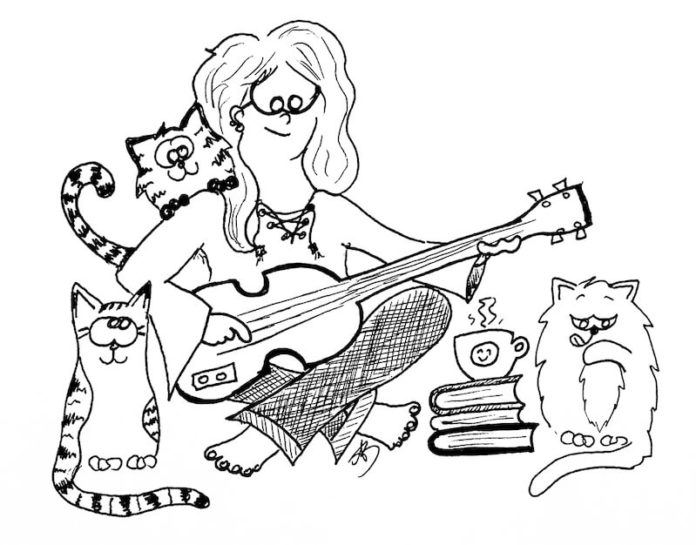 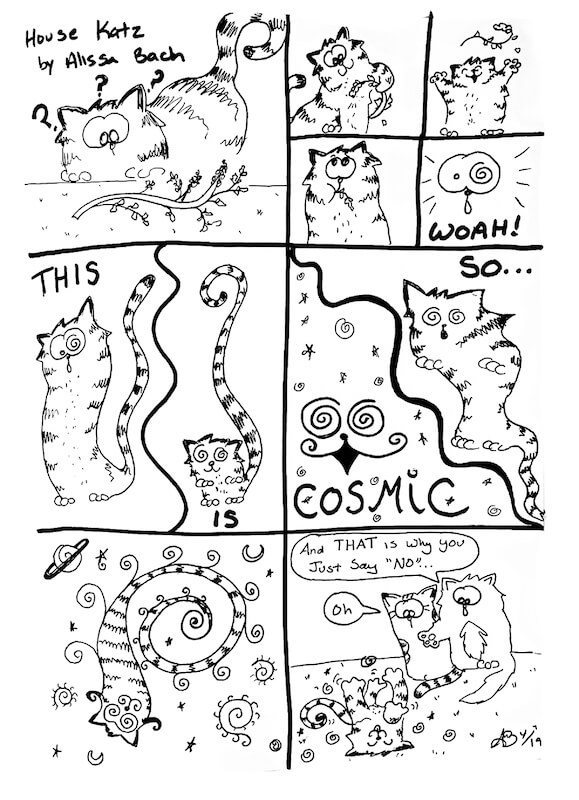 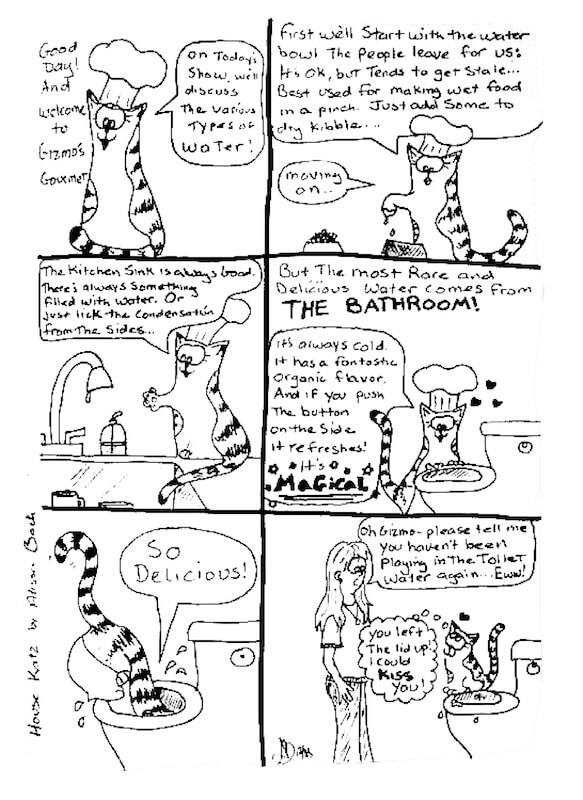 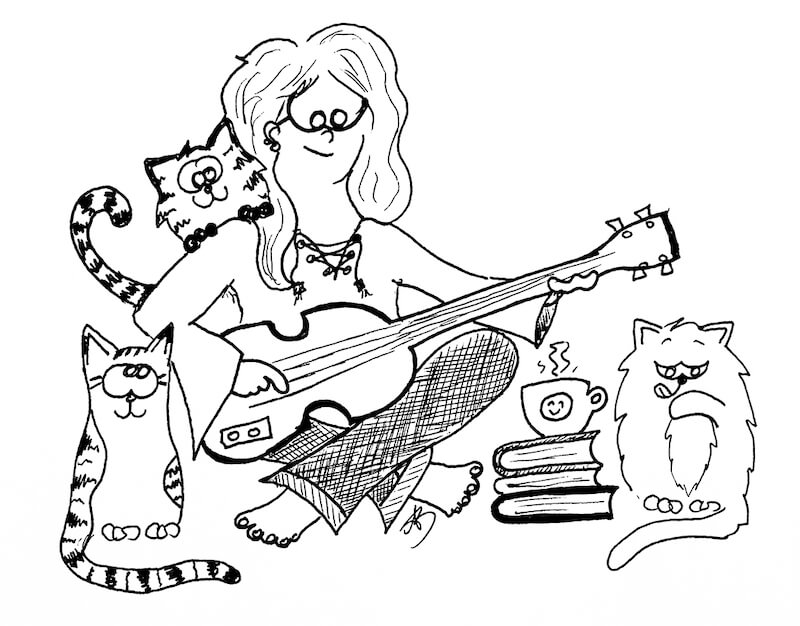 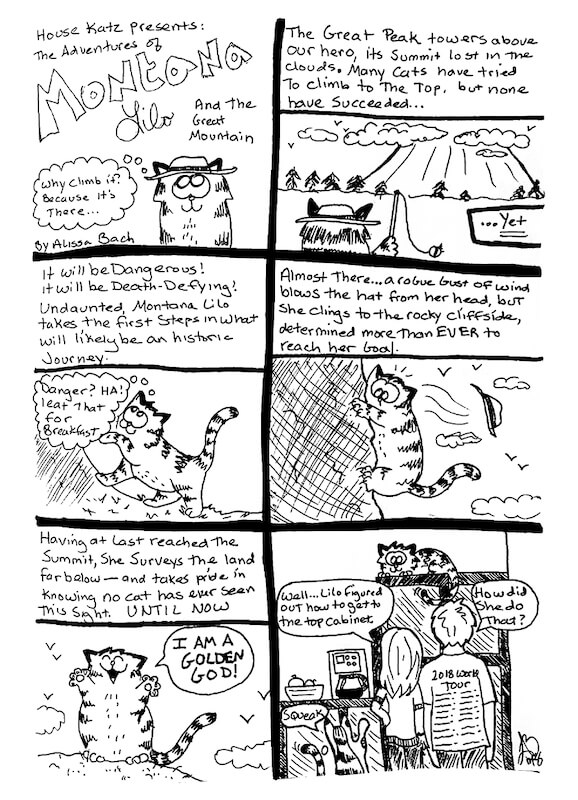 Ask any cat owner about their pet’s personality, and they’ll likely have countless stories about their furry friend. Cats are cute, cuddly, curious and endlessly entertaining. One Lapeer County woman has combined her love for her three cats and her passion for drawing to create a comic called House Katz, which she shares with friends and fans on a Facebook page she started for the cats.

Alissa Bach, 42, lives in Oregon Township with her husband Jim and three cats, Gizmo, Lilo and Luna. A former journalist and current staff member at Oxford Public Library and musician, Bach has always loved to draw. She creates the quarterly comic for her library’s newsletter, and has started making comics in her spare time as a creative outlet.

“I’ve always drawn,” Bach said. “I remember being a small child going grocery shopping with my mom. To keep me quiet she’d give me a notebook and golf pencil, and I’d entertain myself. Really cut down on the typical ‘mom I want.’”

Luna, 13, and Gizmo and Lilo, each around a year old, offer a steady stream of inspiration for the House Katz comics.

“They all have such distinct personalities and watching them interact is so entertaining,” said Bach. “Everything from spats over the same box at the same time to vanishing into really good hiding spots and reappearing just as magically.”

About a year ago, the Bachs lost a cat who was old and sick. They all missed him, including Luna, so they went to Paradise Animal Rescue and each chose a kitten.

“The second I scooped Giz up he touched my nose with his and cuddled,” she said. “I was done for.”

Lilo, Bach said, is very friendly and social. She’s extremely curious, leaps before she looks, and always has that look like she’s trying to figure something out. Gizmo is shy, but sweet, and very loving and loyal to those he trusts. Luna is a former feral barn cat. She’s never been very social, but likes to sit back and watch. She’s like the queen surveying her kingdom – likes to be admired but not touched.

She’s only been drawing her House Katz comics since September, and she shares them on the Gizmo & Lilo Facebook page, facebook.com/gizmoandlilo. She creates a comic whenever inspiration strikes and would one day like to offer them in book form. For now, the creative outlet is bringing joy into her life.

“I’m the sort who needs creativity to be happy. If I’m not mixing the nine-to-five up with something creative, I get restless,” she said. “Creativity keeps me sane.” 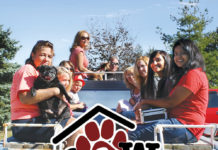