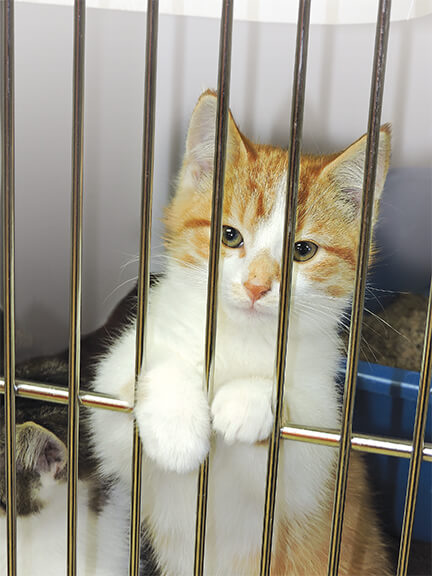 Becoming Animal Control chief has given Dave Eady a whole new perspective on what it takes to keep the Lapeer County Animal Shelter operating smoothly.

“It’s pretty much non-stop around here,” said Eady, who had been a county commissioner for three terms prior to taking the Animal Control chief position about a year ago.

The shelter is now its own county department rather than operating under the umbrella of the Lapeer County Health Department like it once did, and with such a small staff – four total, including Eady – and such a large, rural county to handle, that means there’s no cushy desk job for the chief.

“I do anything from mopping floors, cleaning bathrooms, helping staff clean cages, and of course I oversee all the functions of the shelter,” he said. That also means preparing the budget, attending meetings, and attending to the needs of the public.

Any given day within Lapeer County Animal Control is filled with not only barking and meowing, but also ringing phones and a steady stream of people coming in the door for a variety of reasons. Phones that aren’t promptly answered due to lack of staff can upset people, Eady said, but “our first priority is taking care of the animals. Unfortunately a lot of the time, the phones are a low priority.”

Every morning begins with cleaning cages, feeding and watering and checking on all the animals in the shelter. People come in to get licenses and to take a look at the animals that are available for adoption. The shelter has eight quarantine cages and 22 regular cages for cats, and 41 cages for dogs. Often, Eady said, they have to turn away cats because they don’t have enough space to take in more.

In an attempt to help alleviate the overpopulation of feral cats, Eady said the shelter is working hard with the Trap-Neuter-Release (TNR) program in which cats are caught, spayed or neutered by a veterinarian who gives Animal Control a special low rate for TNR, and then released back where they were found.

“We’re making a small dent in some of the bigger problems we’re having,” said Eady. “I think with a little education we can make a difference, and we’re trying.”

Another thing they’ve implemented at Animal Control is an online license renewal system to streamline the process and make it more convenient for people who might have trouble getting to the office when it’s open. That can be done at lapeercountyac.org and users should click on the “my account” tab whether they are returning customers or need to create a new account.

Eady knew going into the job that animal people are very passionate, and he, too, has a soft heart for our furry friends. It’s apparent when he’s interacting with the animals, as he reaches out to them, talking in a soothing voice.

One question he gets often is whether Animal Control is a no-kill shelter. It’s not, but animals are not euthanized for any reason other than serious illness or extreme aggression, because the county department has to take public safety into consideration.  Other than that, all animals are kept until they are adopted. They have also stopped owner-requested euthanizations. It’s hard on the staff, and not their job.

Some of the animals that come in to the shelter have simply not been treated as they should have been, or have been given up on too soon. Eady said he can’t help but get mad sometimes when people bring back a dog they’ve adopted because they unfairly put the animal in a situation where it was set up to fail, and didn’t give it the time and patience it needed. “It’s heartbreaking because it isn’t fair to the animal,” he said.

But the job can also be rewarding, particularly when people call, come in or send photos with updates about how happy they – and their new pet – are with their adoption. There are a lot more good stories than bad ones, Eady said, and “it’s neat to hear them.”

For the past six years, Wendy Yax and a small but dedicated group of volunteers have stepped in to help out at Lapeer County Animal Control, and they are now reaching more than 90,000 people via their Facebook page, Lapeer’s Adoptable Animals. 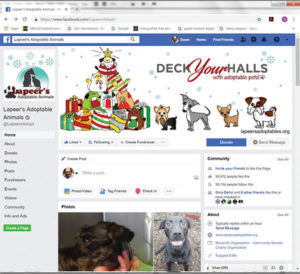 Yax moved to Lapeer County in 2010 and was the first volunteer the shelter had in close to 20 years. She had a goal of helping the animals get adopted rather than euthanized, so she created the Facebook page and started taking photos of the animals and posting them. That led to more networking, and in 2012, LAA became a 501(c)(3) nonprofit organization, and helps raise funds to meet the needs of the animals at the Lapeer County Animal Shelter.

“We have assisted in many families rehoming their pets through our Home Sweet Home program so they do not enter the shelter system, Trap Neuter Release of feral cats, lost and found assistance of misplaced pets including live trap and search parties, delivering pet food throughout the county from our pet food pantry, and assisting with transports and funding through our Joy Faith spay/neuter program for low-cost spay and neuter surgeries,” said Yax.

The ultimate goal, she said, is to not have any homeless animals coming in to Animal Control, and to help owners with rehabilitation of animals that have behavior issues that can be remedied through training and patience.

“I have nothing but good to say about her,” he said. “She’s awesome. Her organization helps so much here. She’s just very giving when it comes to animals, and it’s definitely very appreciated.”

For more information about LAA, look for Lapeer’s Adoptable Animals on Facebook, and visit lapeersadoptables.org. 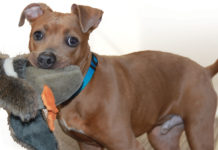 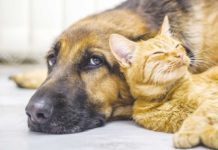 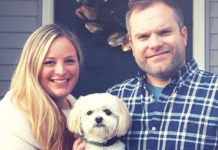 All Dogs Can with Darlene Collings