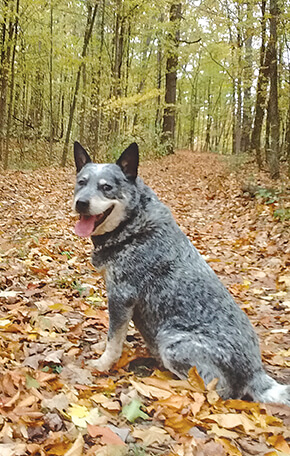 Hello, remember me? I am the porch layin’, yard guardin’, boss pleasin’ cattle dog from southern Lapeer county. Have I got a story for you!

My main duty here at the homestead is sorting out friend from foe. I’m really good at it. But one day in particular was enough to send any serious yard guarder to an early grave.

It had been a normal summer, a bit hot for a guy who can’t take his coat off, and I had kept busy with the usual activities: laying on the porch, chasing critters out of the yard, laying under the porch, greeting friends when they came up the driveway, barking when necessary, laying on the shady side of the porch…you get the picture. 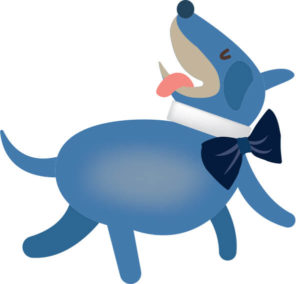 About the time the weather started to get  cooler and more comfy, some strange goin’s on started happening. I wasn’t sure what to make of it all, but I knew one thing for sure…I was working double duty. The usual 8-10 hours of doing whatever I felt like were gone. It was crazyville at the homestead.

It all started when the boss and his boss were wandering around the yard slowly, hand in hand, stopping and talking. They often spend time outside, taking care of the property, but this was different. They seemed to be looking for something. One evening their youngest son and his girlfriend joined them and it was then that I learned there was going to be a “wedding” at the homestead. Okay, I thought. Whatever. I don’t know what a wedding is but I heard it would be great fun, so I had no concerns.

Soon, however, people started driving up the driveway at weird times of the day. Most were friendly, but some, not so much. During this chaos and confusion the boss and his boss seemed unalarmed, and quite happy. I, on the other hand, was reaching near exhaustion trying to stay on top of it all. Oh, how I longed for the dog days of summer. Did I say that out loud? 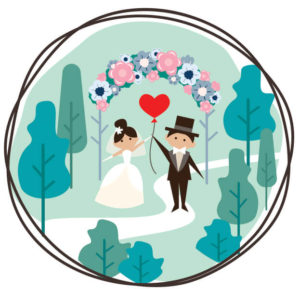 After about three days, it settled down to the usual routine. The wedding is over, I thought. That wasn’t so bad; I met new folks, no one got bit, and I only got scolded a few times for excessive barking. I was on cruise control again, until … first thing the next morning when the boss came outside. He was unusually tense. Not himself at all. Focused! Like me on a bone. “Good morning, Zeke. Are you ready?” “Ready for what?” I thought. “Sure, I’m always ready. Let’s go.” Was I in for a BIG surprise!

The homestead started buzzing by 8 a.m. with lots of people who seemed focused; things to do, no time for petting Zeke. Strange. I stayed out of everyone’s way, but at 5 o’clock in the afternoon a steady, never-ending stream of cars started coming up the driveway. Why were so many people showing up at the same time? How was I supposed to sort them out? What would the boss think if I didn’t keep things under control? Where was the boss anyway? I had lost track of him in all of the commotion, and that NEVER happens!

Thankfully, everyone was super friendly. I noticed they were dressed nicely. No reason to bark at these people. What a relief. Soon, there were more cars in my front yard than at the junkyard where my cousin works.

Eventually, I found the boss and his boss among the 160 guests. They were dressed up, too. Then I heard that word again, “What a beautiful evening for an outdoor wedding!” So this is a wedding! More people than you can wag your tail at, wearing fancy clothes and friendly smiles. They even gave me a bow tie for the occasion. It was grand!

It was beginning to make sense now. When my bosses were wandering around the yard, they found the perfect place for their son and his girlfriend to exchange their vows. They made a nice archway out of tree limbs and an official-looking guy stood under it while talking to the two youngins and their friends and family. After the ceremony, we all enjoyed merriment until late that night. The best part is that I got more attention than one dog deserves in a lifetime.

Until next time, keep your tail wagging, and at least one eye open at all times. You never know what you might see outback. 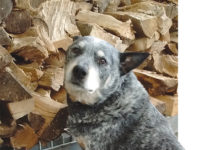 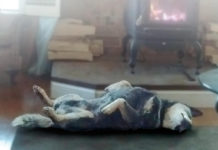 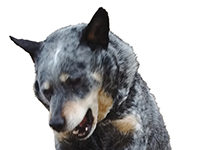