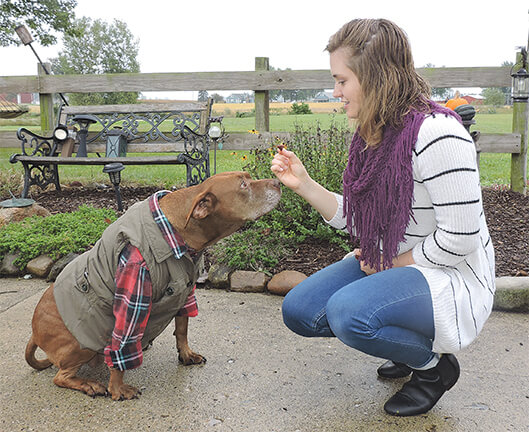 There’s no doubt that in some circles, pit bull breeds – descended from bulldogs and terriers – have a reputation for being vicious, aggressive, and dangerous. One local family, however, has found that with enough love and patience, dogs can be rehabilitated to become excellent pets… and even fashionistas.

The Boones have three dogs that they got from Divine Canine Rescue or the Lapeer County Animal Shelter, all pit bull breeds. Sonya Boone said it appears at least a couple of them have a past as fighting dogs, based on scars found on their bodies. All three of the dogs, Lola, Kaya and Jersey, have become integral parts of the family, and have incredible personalities as well.

“They all come with a history, you just don’t know what it is,” said Sonya.

One surprising thing about these girls is that they absolutely love to play dress-up. It all started because the pups would get cold and start shivering, so Sonya’s daughter Paige would dress them up before taking them outside. The dogs now have half a closet of their own clothing, but they also wear Paige’s shirts, scarves and other accessories.

Lest anyone think dressing up the dogs is cruel in any way, it should be known that they get excited about it. They start dancing when it’s time to get dressed, and then one by one, each will sit or lie down calmly waiting for Paige to get the clothing on them. Once they’re all decked out, they prance and pose happily.

“It’s almost like they know they’re cute,” said Sonya. “When Paige gets nail polish out, Kaya will hold her paw out (to have her claws painted). She’s such a little priss.”

Once the Boones adopted their dogs – at different ages and stages – the first step was to learn their personalities, and what motivates each one. Lola, for example, is food-motivated, while Kaya is merely eager to please her owners and Jersey just likes to follow Lola’s lead. With any pet, particularly a pet with a past, there is a learning curve, and for the Boones, that meant some slip-ups along the way, including an eaten bathroom – yes, the entire room. With perseverance, though, Lola, Kaya and Jersey are now some of the sweetest and most-loved dogs around.

Aside from their penchant for looking pretty, the girls also love to help around the house. They will herd the family’s chickens, help harvest vegetables from the garden, and fetch things like boxes of cereal and bottles of barbecue sauce from the basement pantry upon request. They also do plenty of tricks and even play hide and seek, and they’re spoiled rotten. Sonya frequently posts social media photos of the pups snuggled up to her husband in bed, while Kaya has her own Facebook page, Princess Kaya.

The Boone family members also trust their dogs’ judgment when it comes to humans – if the dogs don’t like you, there’s a good chance they won’t either. And in turn, they sing the praises of their rescue pups in hopes of eliminating some of the stigma that surrounds bully breeds.

“We just want to be good ambassadors for this breed,” said Sonya. 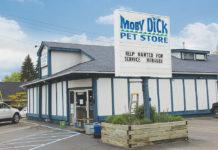 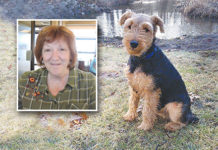 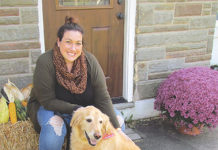 Gifts Galore: From treats to toys, holiday gift ideas for your...

Is couch potato a career?

Enjoy the Dusty Trail with Your Horse